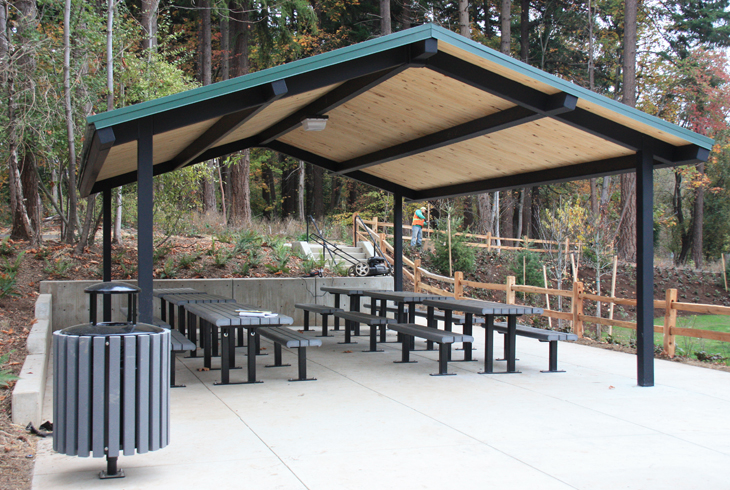 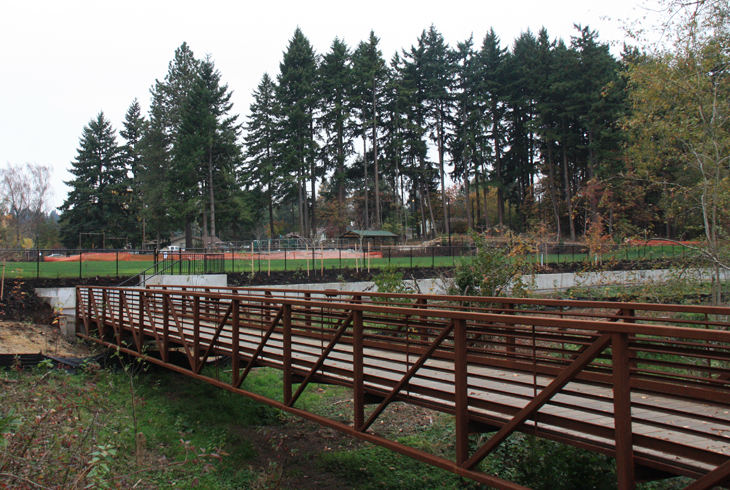 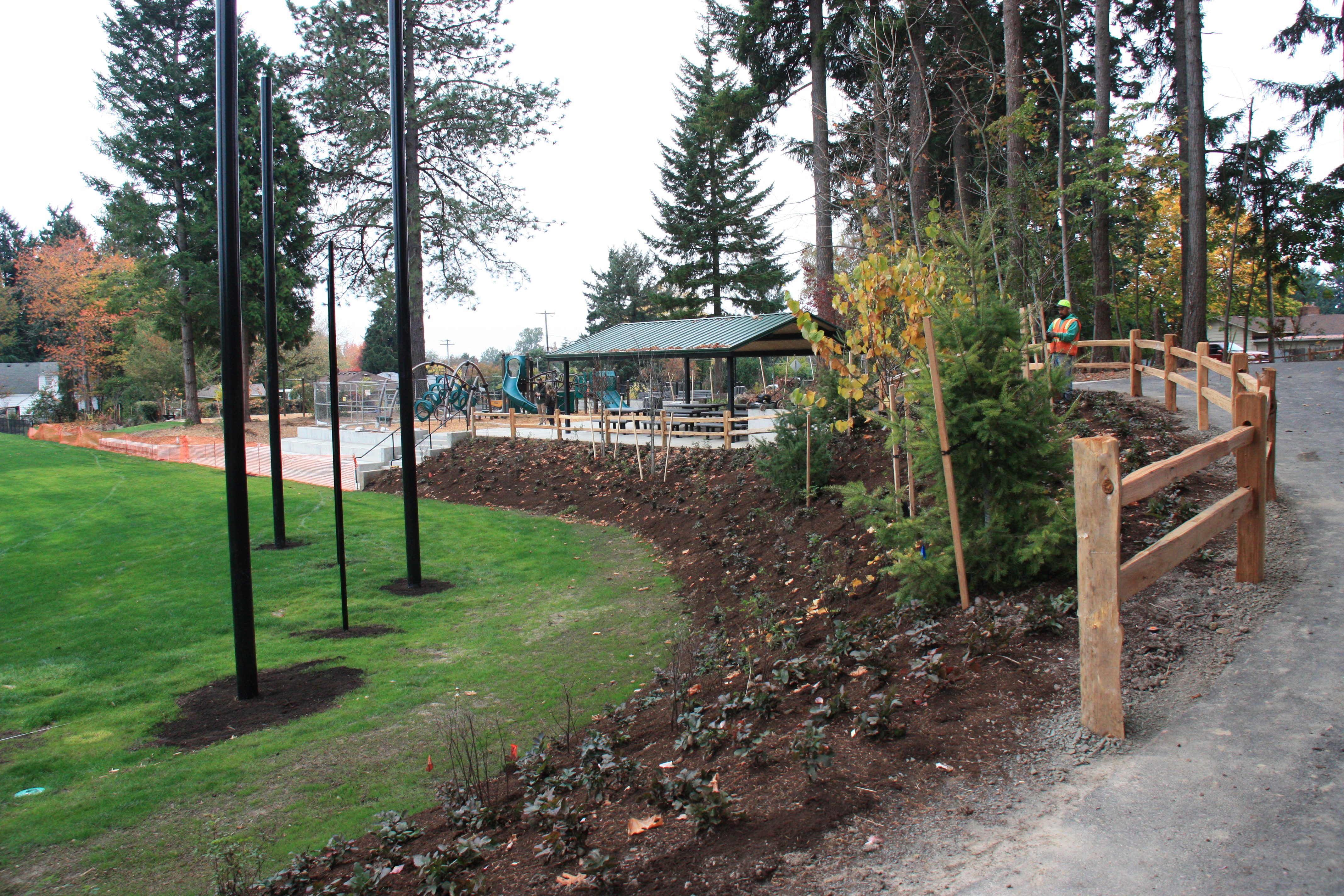 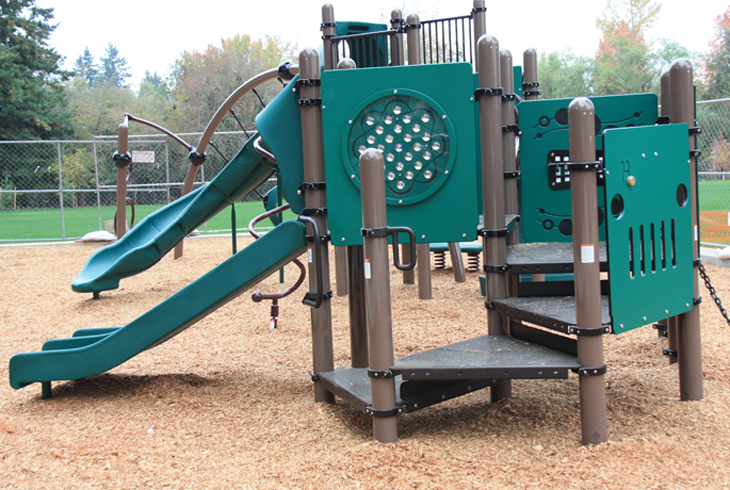 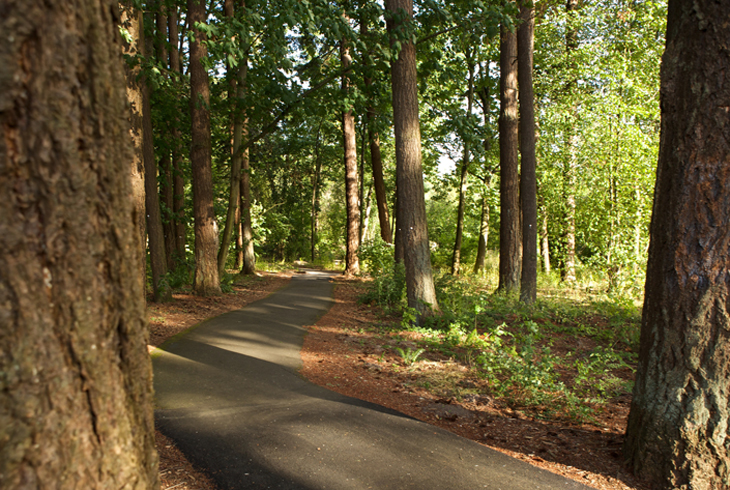 Largely wooded before the 2013 redevelopment, A.M. Kennedy Park now has a little bit of everything, including a full-size sports field, a basketball court, a playground with swings, an ADA-accessible community garden, and paved walking paths. The site also has a covered picnic shelter available for private rentals.

The walking paths allow exploration of the wooded and riparian (creek) natural areas on the south and west sides of the park; the recent addition of gravel paths in the wooded areas provides more access to nature.

The recent redevelopment included the planting of thousands of native trees and shrubs following the removal of invasive species. Many trees removed during development remain on site, as fabricated park benches or enhancements to the natural area. A new pedestrian bridge over Hall Creek on the south side of the park provides access from SW Laurel St.